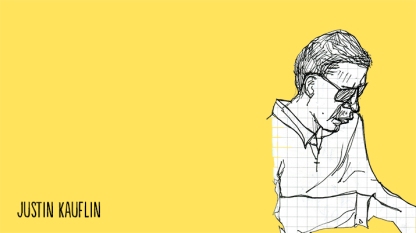 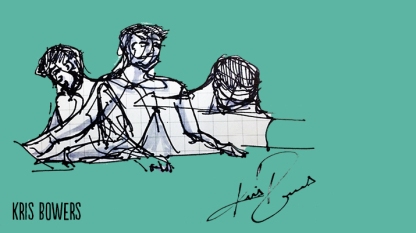 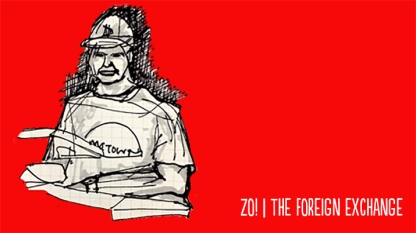 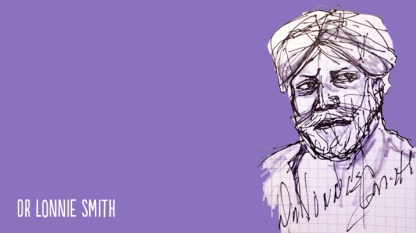 The latest additions to this page are from Carnegie Hall, where the glow of sneaky cellphones is strictly off limits but they haven’t yet outlawed drawing while listening in the dark, so here’s Herbie Hancock and Chick Corea, together and apart, from up in the cheap seats (which is why the angle of Mr Hancock’s keyboard is so steep). Maiden Voyage sounds sublime in the vaults of CH.

New Orleanian, Jon Batiste, two-handedly making all other young pianists quake in their boots, was a delight to draw at Minton’s in Harlem in May. This was just before Steven Colbert announced Jon as his new Late Show bandleader (kicking off September 2015). The drawing reflects the calm of the conditions: unusually I had a seat right up front, my view unobscured. File this under ‘Just before he became a household name’.

I’d also just caught Roy Ayers at Art of Cool in April 2015. Vibes are keys, after all.  Then before that, January’s Winter Jazz Festival:

Alfredo Rodriguez climbed into the grand half way through his set at Subculture. Ray Angry (of The Roots) assembled a group of incredible female vocalists, including Nadia Washington, for a debut of his newly composed Celebration of Life suite.

Of all the performers I draw, seems like the pianists and keyboardists are the most inclined to sign their drawings, bless ’em. Here: The incredible Dr Lonnie Smith at the Blue Note, Vijay Iyer at the Harlem Gate, Nicolay and Zo! from The Foreign Exchange at their Brooklyn tour date, right after they sold out their biggest gig to date in DC.

Kris Bowers was moving between two keyboards, holding three distinct positions during this drawing from the first night of Jose James’ While You Were Sleeping tour at the Highline in June. He signed the drawing later, at Love Supreme in Brighton, in July. Then, Robert Glasper, at the Blue Note Now! show at the Royal Festival Hall show in London in November, and here, with his Trio, at Le Poisson Rouge in early 2015.

The picture of Mark de Clive-Lowe was the very first sketch in the first Soundpapered book, again at Art of Cool in NC. I was using the wrong end of my marker in the dark way at the back, and his set finished 30 seconds later. On the other hand, this is honestly what he looks like on stage 🙂 And it still wasn’t as lame as the stick figure of Bilal, who wriggles so much on stage (steady, ladies), it was impossible to fix a pose…All redeemed by Naadia Sheriff’s perfect posture on the E59th stage, accompanying Kate Dimbleby’s homage to Dory Previn this winter.